EURoma+ Network Handbook: Joint report on the use of Structural Funds for Roma inclusion based on country-by-country meetings

This Report has been elaborated in the context of the European Social Fund (ESF) Learning Network “Reinforcing policy learning for Roma inclusion” (also referred to as ‘EURoma+ Network’ or ‘ESF Roma Inclusion Network’). It is, together with the Practical Handbooks on Monitoring and Evaluation of Roma-related initiatives and on Mainstreaming of Roma inclusion in general programmes, projects and interventions under European Structural and Investement (ESI) Funds, one of the key tools of the Network to achieve its goal of transferring the knowledge gained on the use of Structural Funds for Roma inclusion during the 2007-2013 programming period to the 2014-2020 period.

The Network has reinforced and complemented, by supporting specifically the planning process of the 2014-2020 period, the European Network on Social Inclusion and Roma under the Structural Funds (EURoma Network), which since 2007 promotes a better use of Structural Funds to foster the effectiveness of the policies aimed at the inclusion of the Roma population.

The report aims to identify the lessons learnt in the 2007-2013 programming period in order to transform them into policy messages to be transferred to the 2014-2020 period. It builds upon the information gathered in the context of country-by-country meetings gathering a small number of the key players involved in the planning and implementation of Structural Funds and in the development of Roma policies at national level in each of the eight countries participating in the Network, supplemented with information and data collected through desk-research.

In particular, it has a two-fold objective: 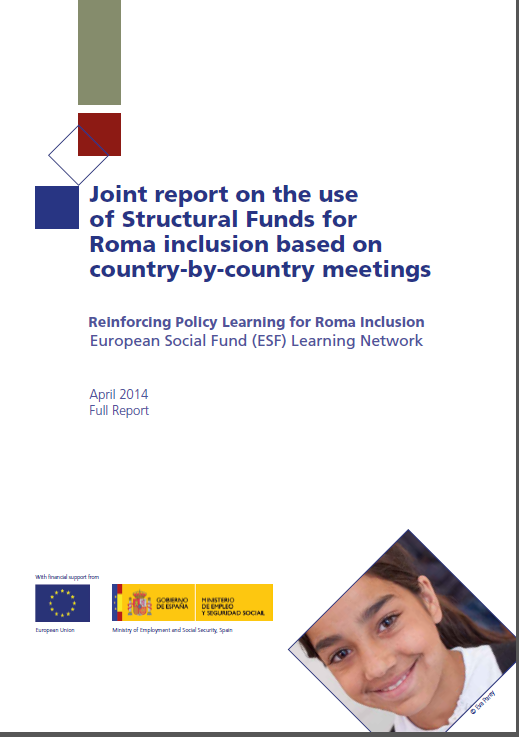